How Washseat went from prototype to showcase in a month

Washseat will “revolutionise personal hygiene care for the elderly”

November saw a flurry of progress for Peterborough-based innovator Andy Speechley and his invention the Washseat, which started the month as a prototype and ended it preparing to trial its use in 100 care homes.

Andy’s Washseat works like portable bidet to help carers look after people who can’t manage their own personal hygiene care. It could also help people stay in their own homes for longer with dignity.

He brought his prototype to Eastern AHSN’s NHS Readiness event on leveraging funding and investment, and as he spoke to Joanna Dempsey, Commercial Enterprise Lead at Eastern AHSN, it became clear that we could help. 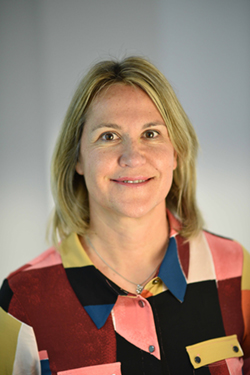 “I could see straight away that the Washseat could make a huge difference for patients, and Andy just needed some help to develop his prototype and build connections with the right partners. It’s such an inspiring story and I’m proud of Eastern AHSN’s role in making it a reality.”

Jo talked Andy through his options and arranged a consultation with Clinical Engineering Innovation (CEI) at Addenbrooke’s Hospital later that day to begin refining his product. The following day Andy was invited to a pitching session with our partners at CiC Provide, where the panel was blown away by his story and immediately saw the difference the Washseat could make to care services. He has since been in contact with the local Director of Social Care at NHS England to discuss the product. 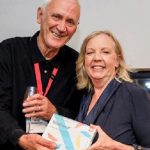 Through our partners at Health Enterprise East, Andy received expert advice on intellectual property and patenting to ensure he could market his Washseat, and Eastern funded a continued refinement of the prototype with CEI.

By the end of the month Jo accompanied Andy to support him in presenting his new prototype at The Occupational Therapy Show at the National Exhibition Centre, where Washseat was runner up in the innovation awards and a leading OT consultant, Kate Sheehan of The OT Service said it will “revolutionise personal hygiene care for the elderly”.

After a remarkable end to 2019, the Washseat shows no sign of slowing down in the new year. The prototype will be tested with 100 care homes and users to perfect the product before mass production and roll-out.

If you need support in developing your innovation and commercialising in the NHS, find out how we can help.