Hope Schlesinger, Trainee Clinical Psychologist on placement at Eastern AHSN, explains why we have created a directory of all UK community eating disorder services.

A few weeks ago it was announced that Nikki Grahame, who won over the hearts of the nation back when Big Brother was king of the television, died of complications associated with anorexia. She was only 38 years old.

Sadly, this tragedy is not an anomaly. It may come as a surprise to some that eating disorders, like anorexia nervosa, bulimia, and binge eating, result in the highest death rates of any mental health condition; at an estimated 10%. Death from an eating disorder is in no way inevitable; most people make a full or partial recovery. Evidence-based treatments are available for both the physical and psychological impact of an eating disorder. Beat, the UK’s leading eating disorder charity, have a series of candid and inspiring recovery stories on their website, which I would encourage everyone to read. However, trying to unpick and understand why so many young people are dying with anorexia is fundamental to bringing about change and saving lives.

The reasons for this high death rate are complex. The impact of starvation and malnutrition on the body is incredibly harmful; it causes significant damage to the cardiovascular system and gastrointestinal system and disrupts neurohormone production. This puts incredible strain on the human body and can result in death if left untreated. Suicides too are sadly not uncommon in those with an eating disorder. However, there are systemic and structural factors at play here too. A 2019 report by the British Medical Journal stated that lack of training about eating disorders is contributing to many avoidable deaths. Beat highlighted the impact of what they describe as a “history of underfunding” of eating disorder services that has “left many services under-resourced and understaffed”.

Here in the East of England there have been a series of recent high-profile inquests into the premature deaths of young women with eating disorders. Their names are Maddy Wallace, Amanda Bowles, Averil Hart, Emma Brown and Maria Jakes. All these inquests have concluded that their deaths were preventable, sighting missed opportunities, caused by a lack of training in medical staff, insufficient monitoring and – in case of Averil Hart – a series of failings by the healthcare system that had contributed to her death. These inquests have produced a series of recommendations for local and national services improvements.

“I can’t believe I’m still going, what I’m even running on anymore. I just look thin and in pain.” Averil Hart

One such recommendation was a need to improve the transition process between eating disorder services when young people move to attend university. Maddy Wallace was moving to Edinburgh to attend university and experienced what the coroner called a ‘gap’ in support during the transition. Over the summer, before starting university in the autumn, Maddy could not access eating disorder services in Edinburgh until she was registered with an Edinburgh GP, and even then, an initial appointment could take six weeks. Six weeks may not seem like a long period of time, but as Dr Katie Bramall-Stainer, Chief Executive of Cambridgeshire Local Medical Committee, told the inquest of Averil Hart, [she was one of] “this incredibly vulnerable and fragile cohort of patients who can relapse quickly and relapse seriously, with, too often, tragic outcomes”.

At Eastern AHSN we provide support for mental health services, generating solutions to difficult problems and helping embed innovations to move healthcare forward. A local NHS community eating disorders service reached out to Eastern ASHN requesting support to streamline the process of referring young people to local community eating disorder services when they move to university. Previously, staff had to google the location of the university and then trawl the internet to find the correct local service. However, often services websites do not provide information about the geographic area they cover, or don’t have websites at all. Referral processes and criteria vary significantly between local specialist community eating disorder services and some areas of the UK do not have services of any kind.

All of this combines to make it difficult for health professionals to refer young people to the right local service or provide a thorough handover and dialogue with the young person’s new service. This latter point is incredibly important, as young people are likely to move between their hometown and university multiple times throughout the year, meaning they may need to switch between services.

The interactive map can be accessed here, or you can download a PDF of the directory here.

Although the original idea was to provide a tool for clinicians, at Eastern ASHN we felt strongly that this information should not just be made available for health professionals but to members of the public also, so those with eating disorders and their family and friends can also access information on their local eating disorders service. This information may be useful when making decisions about which universities and colleges to apply for, or to access support locally, for yourself or a loved one. We converted the directory into an electronic interactive map to make it as easy as possible to use. On the map you can search for your university or home and find the local community eating disorder services you need.

We hope that this project will begin to bridge the gap between services and with that, produce smoother transitions for young people. This is a small but fundamental step towards meeting the inquest recommendations of Maddy Wallace and Averil Hart and reducing the risk of premature deaths for young people with eating disorders. 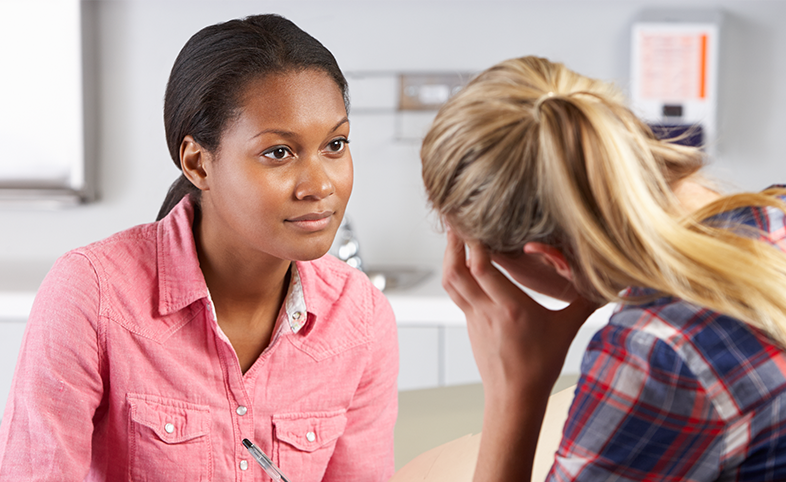