Around 47,000 people are diagnosed with lung cancer every year in the UK. According to Cancer Research UK, almost 9 in 10 lung cancer patients will survive their disease for at least a year if diagnosed at the earliest stage. This falls to around 1 in 5 people when lung cancer is diagnosed at the most advanced stage1. This is why NHS England and NHS Improvement’s Core20PLUS5 strategy includes a national ambition for 75% of cancers to be diagnosed at an early stage by 2028.

“Screening programmes are a vital way for the NHS to save more lives through prevention and earlier diagnosis and currently they save around 10,000 lives every year – that is something to be immensely proud of.

“Yet we know that they are far from realising their full potential – people live increasingly busy lives, and we need to make it as easy and convenient as possible for people to attend these important appointments.”

The Early Cancer Detection Test (EarlyCDT) from Oncimmune is a simple blood test offered to high-risk patients that can detect possible biomarkers for early-stage lung cancer.

Eastern AHSN brokered and part-funded a feasibility study along with the East of England Cancer Alliance and Norfolk and Waveney Clinical Commissioning Group (CCG) to understand how the EarlyCDT Lung test might be used to support the earlier detection of lung cancer. The study was a pilot study conducted in two GP practices in the Great Yarmouth and Waveney area of Norfolk in early 2021. These practices were selected because of their high levels of lung cancer and smoking prevalence. Great Yarmouth and Waveney is one of the most deprived areas in England so the study was an opportunity to address health inequalities, targeting current smokers and ex-smokers aged 55-75 with at least a 20 pack-year* smoking history.  Ex-smokers had to have been a smoker for at least 15 of the past 25 years.

Blood was taken in a primary care setting and then tested at Norfolk and Norwich University Hospitals NHS Foundation Trust.  Patients who tested positive for lung cancer biomarkers were offered a CT scan and if this indicated further investigation was necessary, the patient was urgently referred to the main lung cancer diagnostic pathway.

We commissioned the University of Southampton to conduct an independent evaluation of the feasibility study to understand what would happen if the screening programme was scaled to a larger population. This included modelling based on analysis of the data and interviews with staff including GPs, administrators, and phlebotomists. 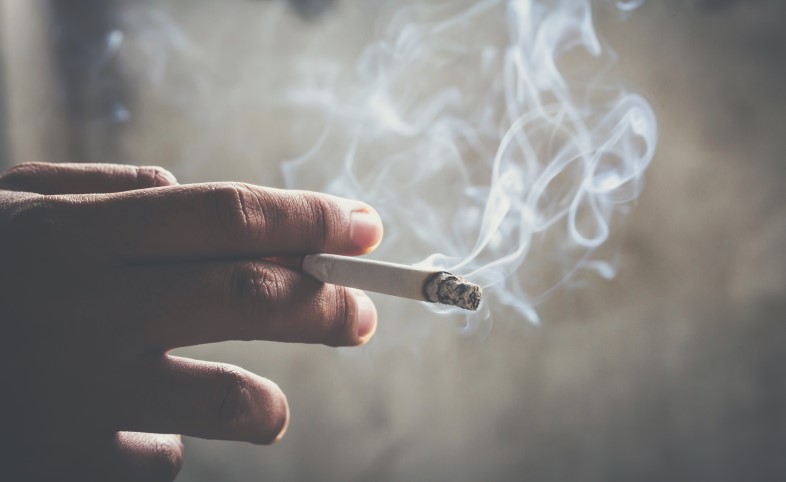 Despite a relatively small sample size, the evaluation highlighted a significant impact on the stage of lung cancer at diagnosis; identifying seven previously undiagnosed early-stage primary cancers among the 1,919 patients who took part.  No late-stage cancers were detected.  Using the results from a clinical trial of EarlyCDT-Lung we can infer that around half of these seven screen-detected cases would otherwise not have been detected until stages 3 or 4.

The simulation modelling based on the feasibility study showed that even with 20% take-up, in Great Yarmouth and Waveney around 10 patients a year would be diagnosed at stages 1 or 2 who would otherwise not have been diagnosed until stages 3 or 4, where curative treatment may no longer have been possible.  With take-up of 40%, this number rises to 28 or 29. The evaluation suggests that although higher take-up increases the total costs, it would lead to more early-stage cancers detected and a reduction in the cost per case detected.  Modelling also suggested an average gain in remaining quality-adjusted life years** (QALYs) after diagnosis for a person detected on the routine pathway was 1.55, whilst for a person detected by EarlyCDT-Lung screening this increased to 3.27.

For both take-up rates, the cost per QALY gained is comparable with the £30k used by NICE (the National Institute for Health and Care Excellence) as a cost-effectiveness threshold.  However, the QALY results should be treated with caution as they are based solely on the findings of the Feasibility Study in which all screen-detected cancers were stage 1 or 2.

Staff were firmly positive about the study. They said it was straightforward and unambiguous in terms of what it offered, and that several cases where it was likely to have been very beneficial to patients’ lives had been picked up – cases where a lung cancer might successfully be treated because of its early detection.

If you want to discuss this project or piloting Oncimmune’s EarlyCDT Lung in your area, contact Rodney Kelly, Senior Advisor: [email protected]

**One quality-adjusted life year (QALY) is equal to 1 year of life in perfect health. QALYs are calculated by estimating the years of life remaining for a patient following a particular treatment or intervention and weighting each year with a quality-of-life score (on a 0 to 1 scale).

We can support you to find a partner to run a pilot and can help ensure it is evaluated robustly.Get involved

We can connect you with innovations which could help you meet the challenges faced by your organisation.Get involved